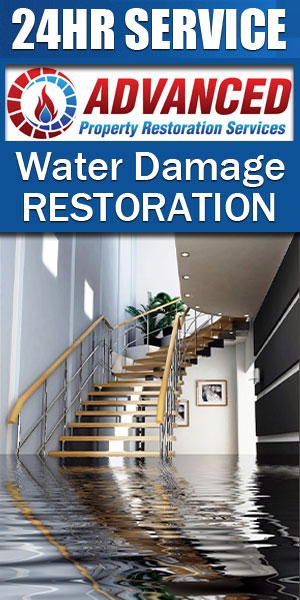 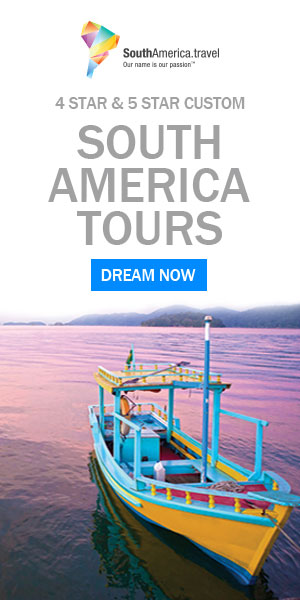 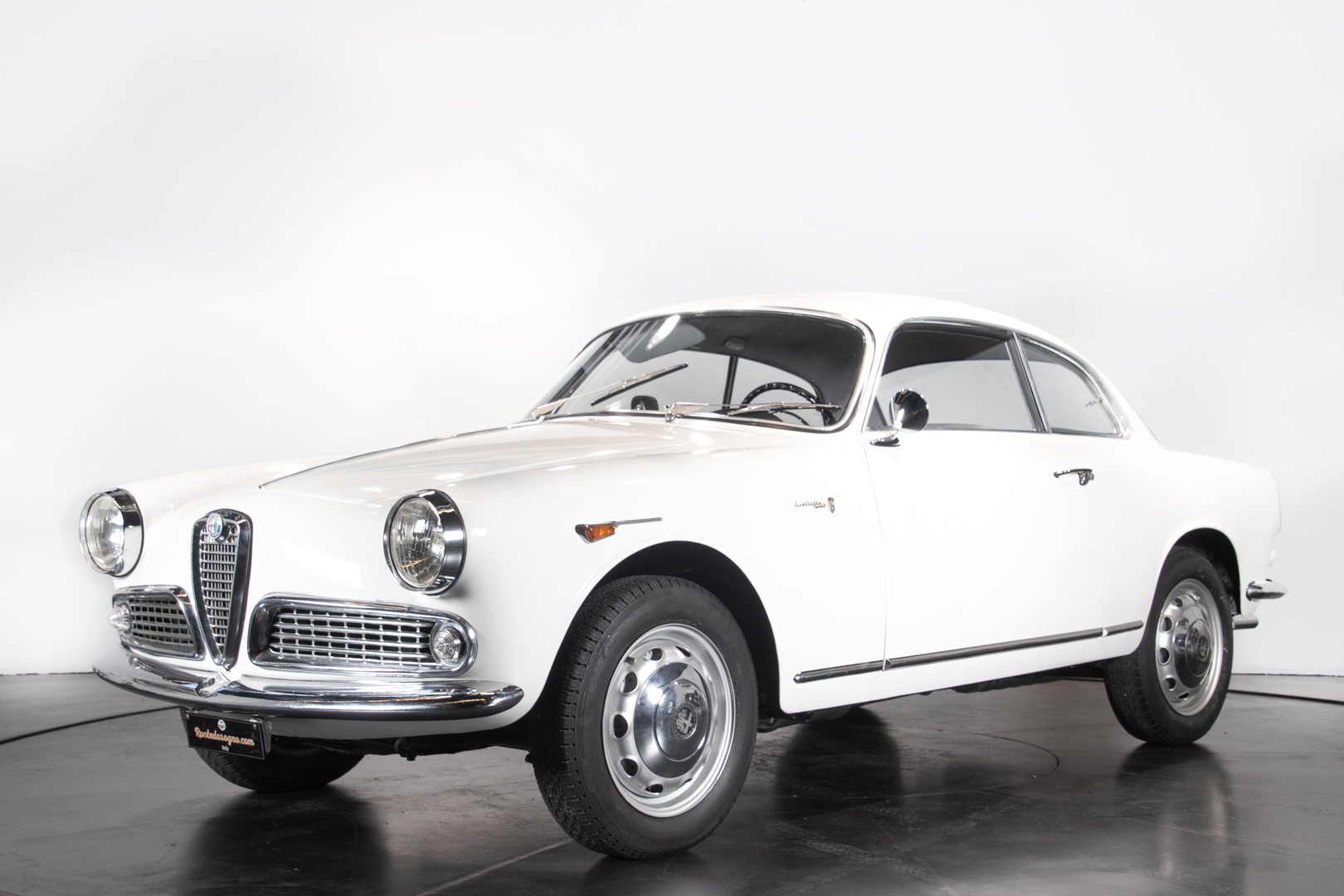 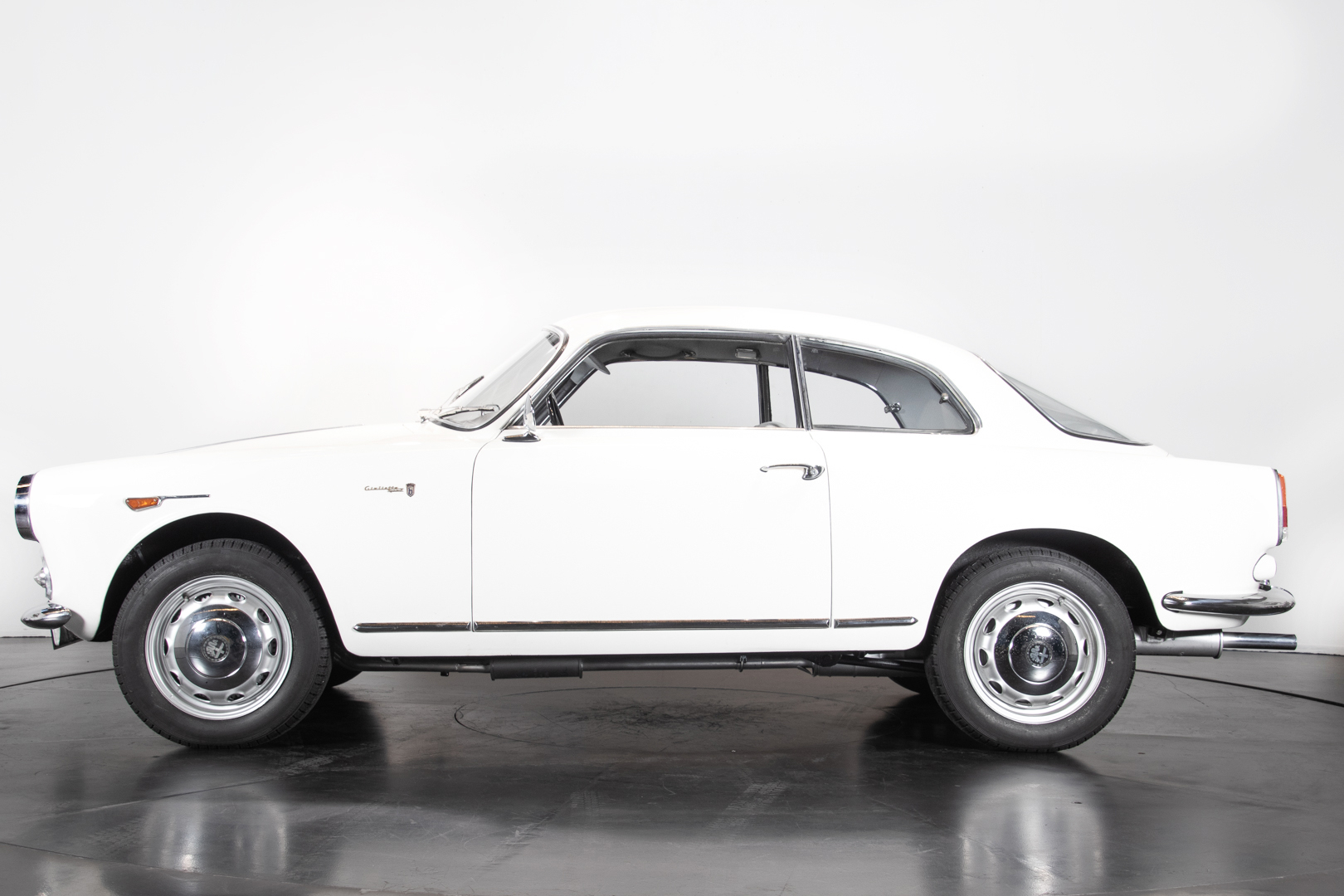 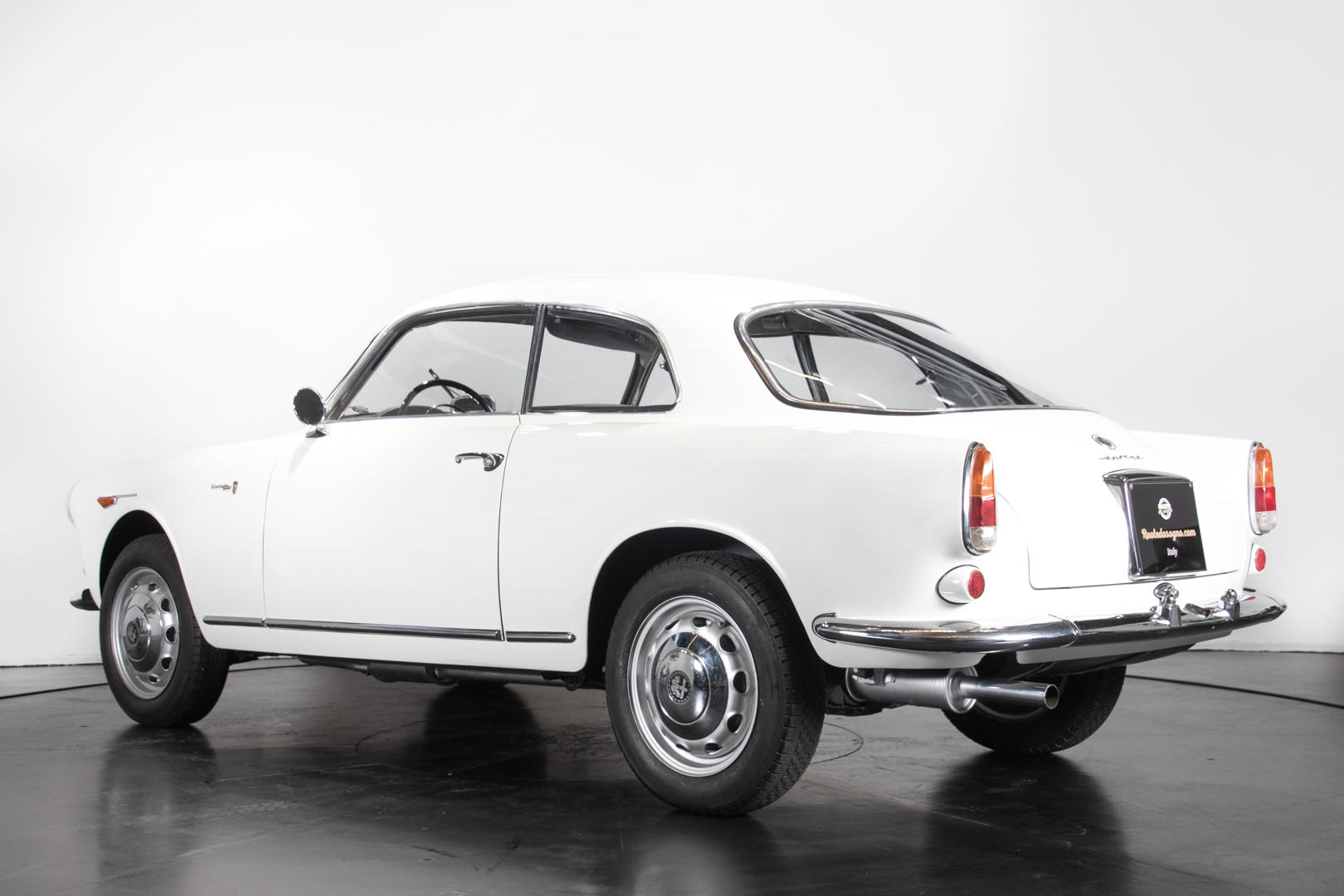 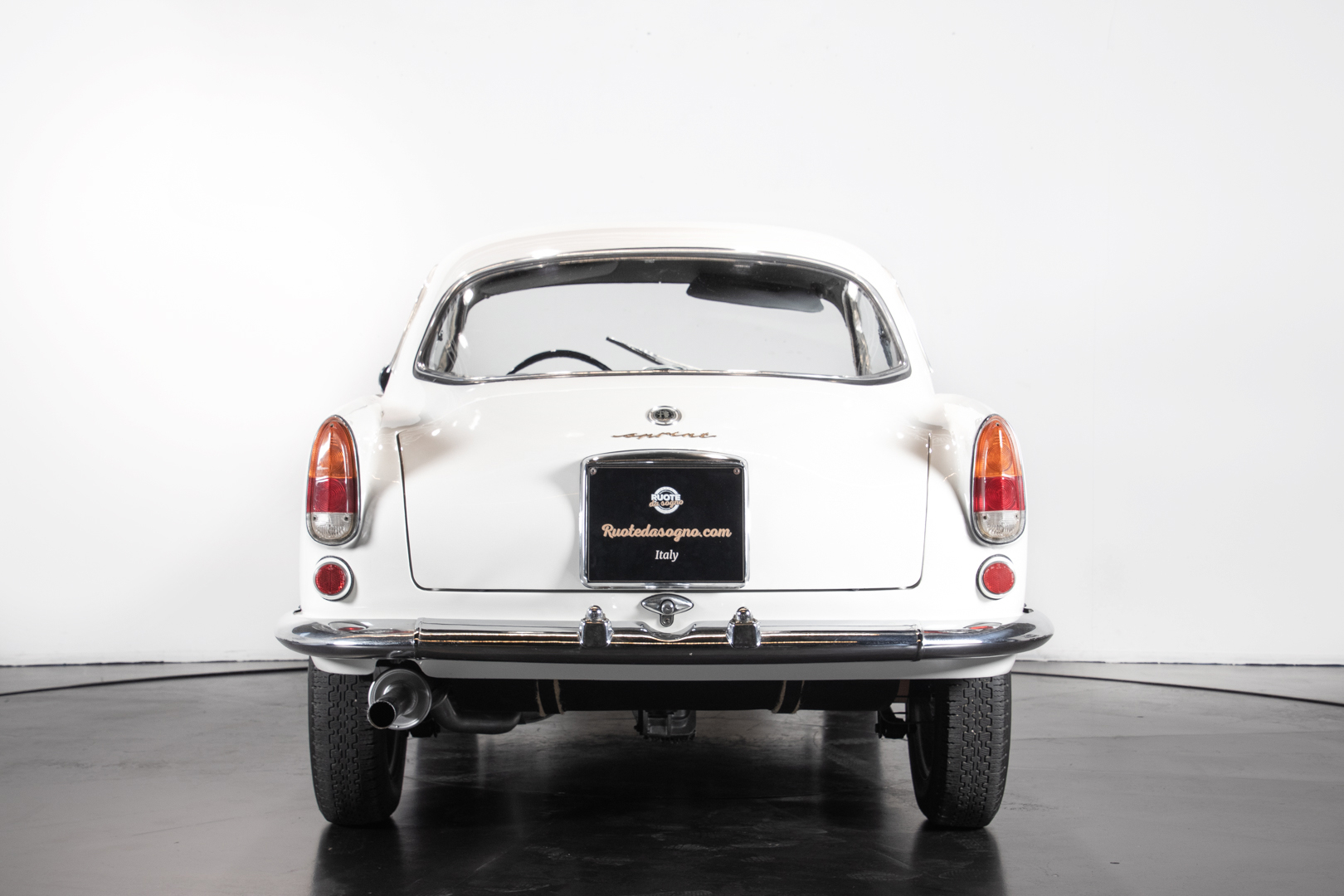 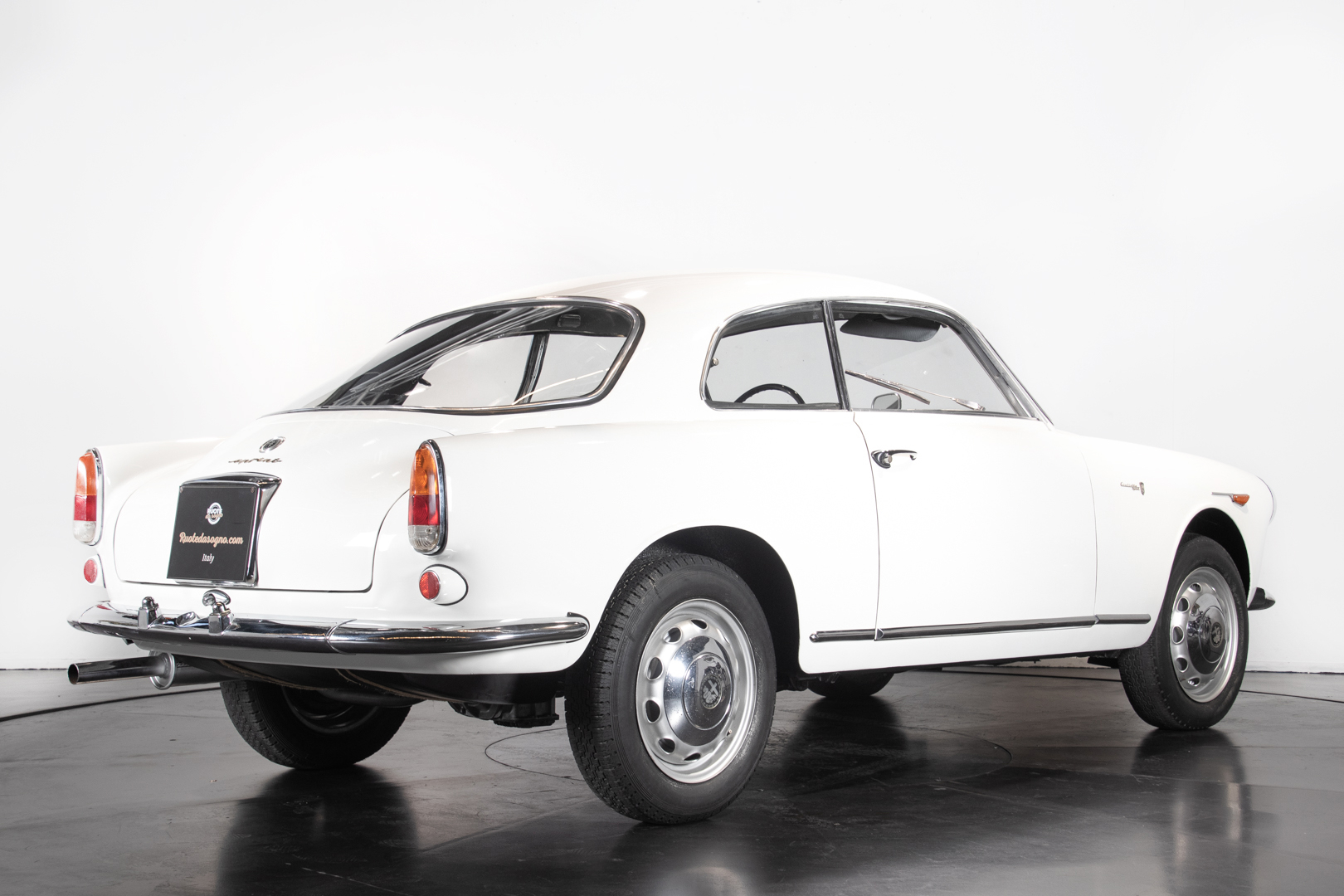 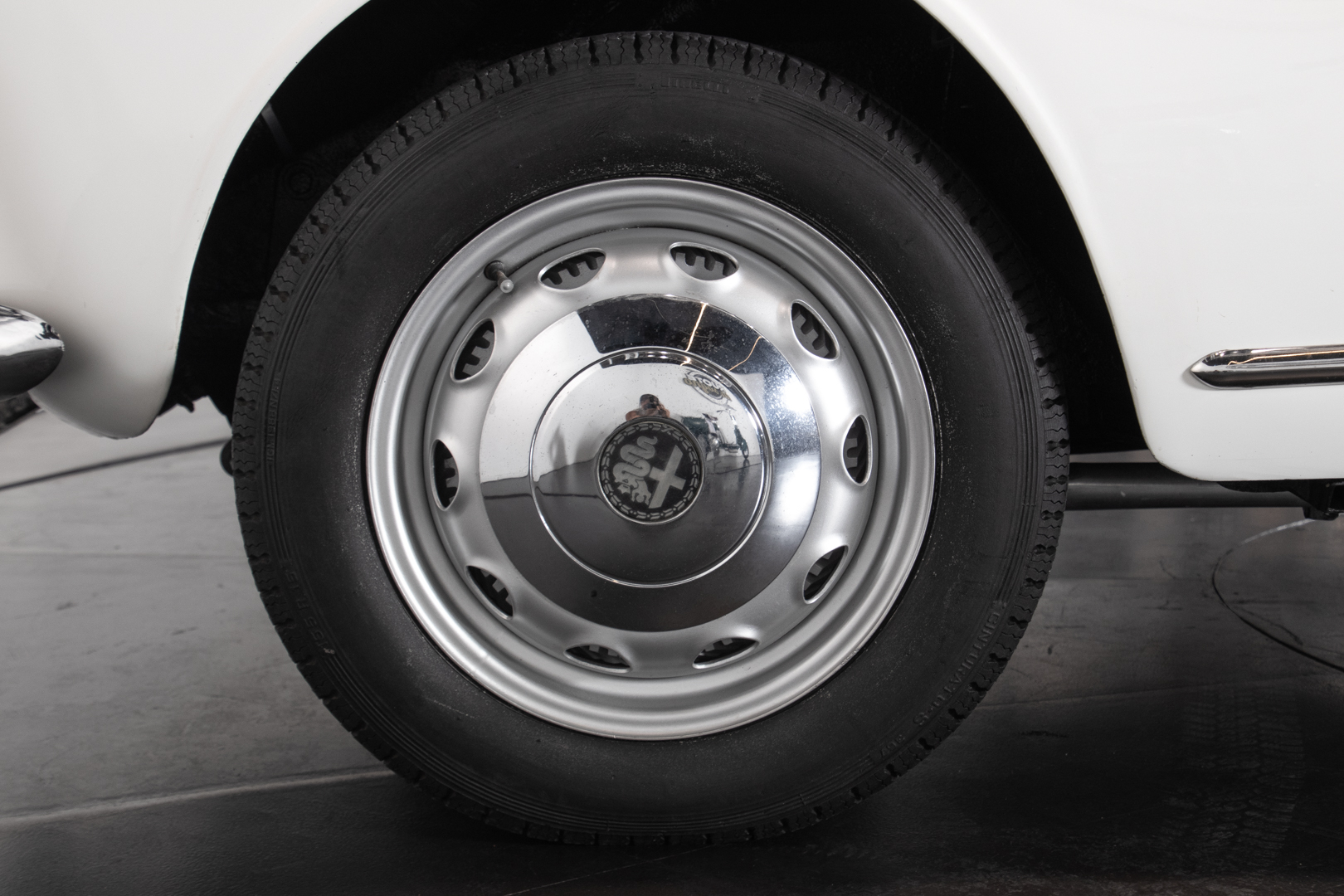 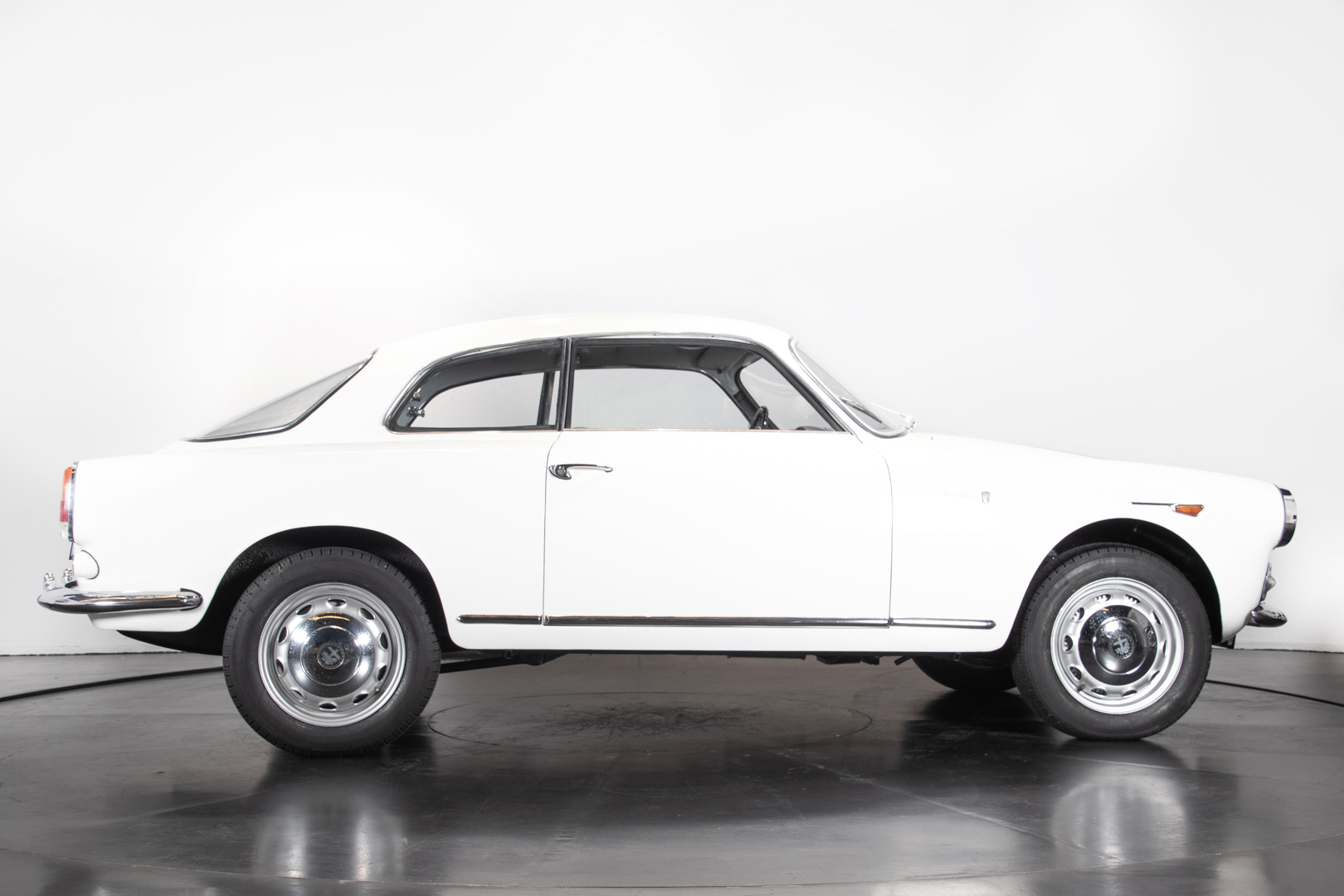 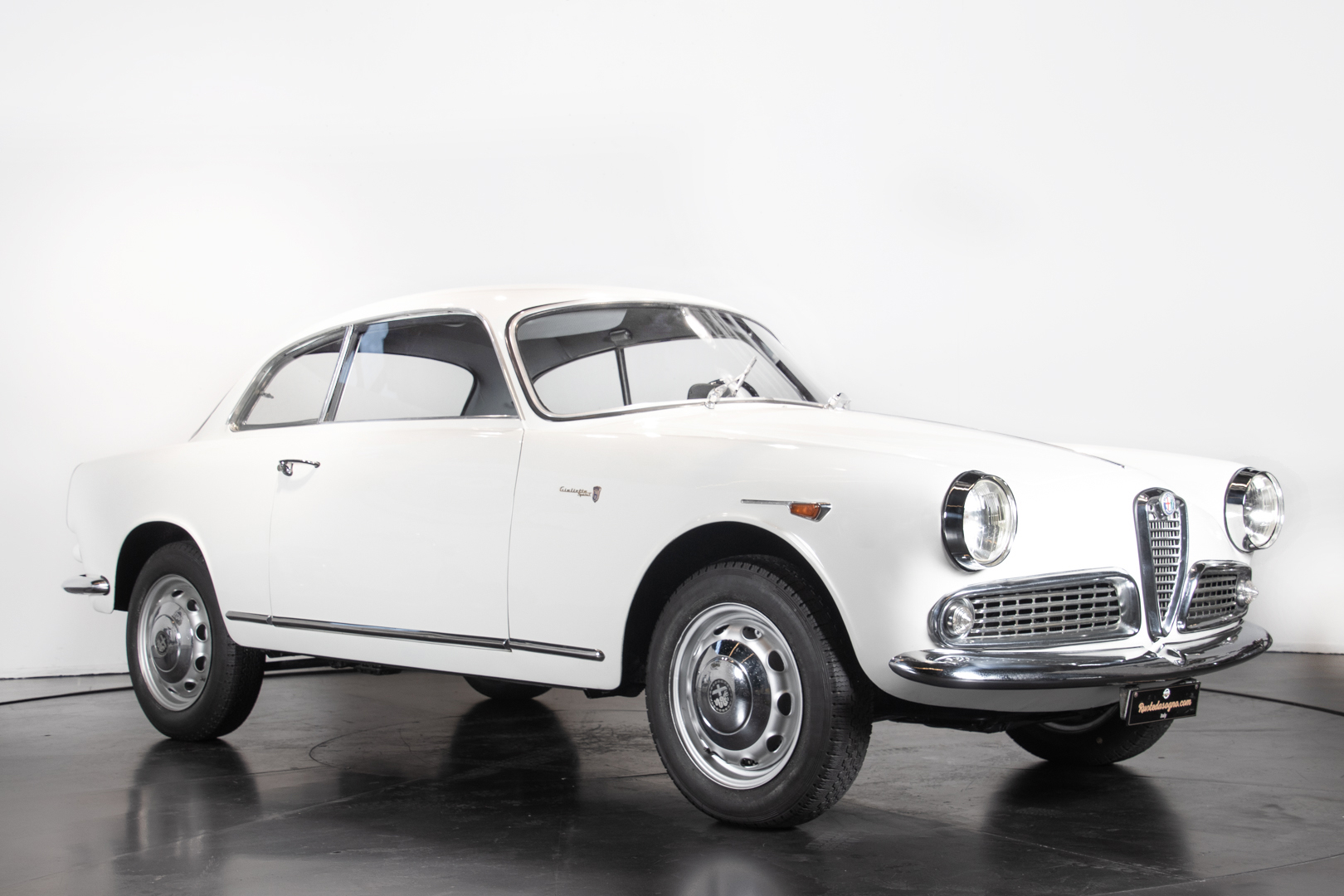 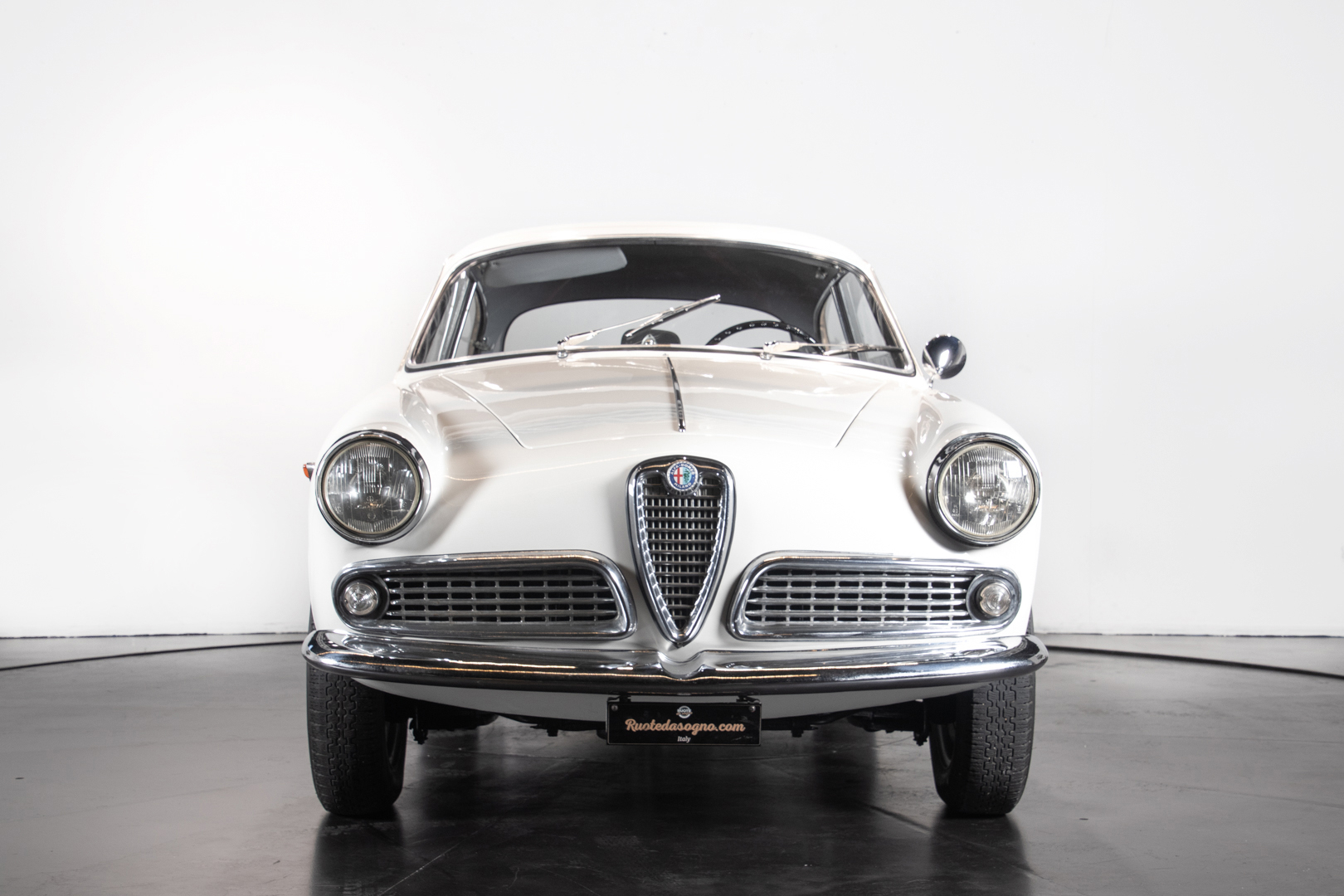 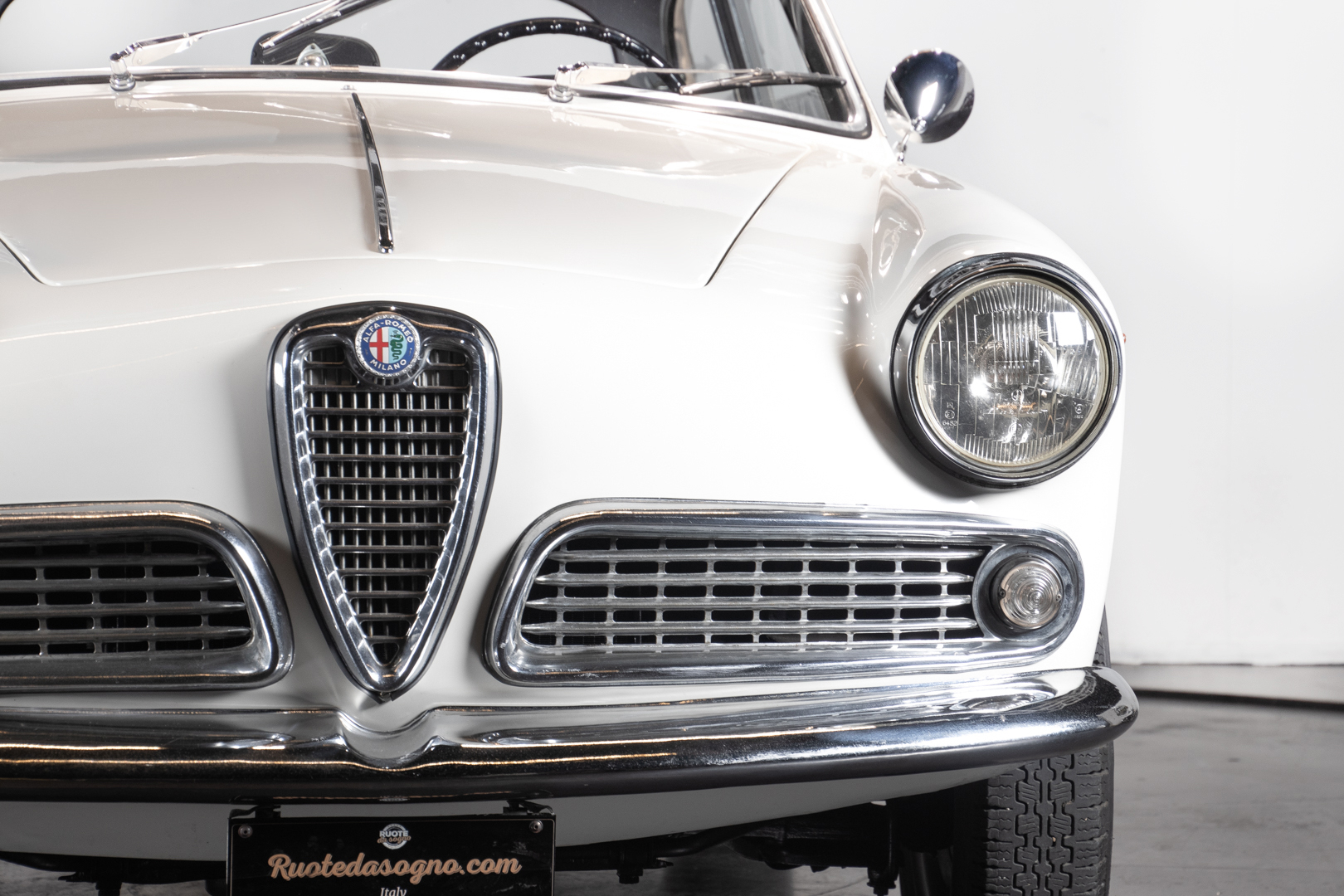 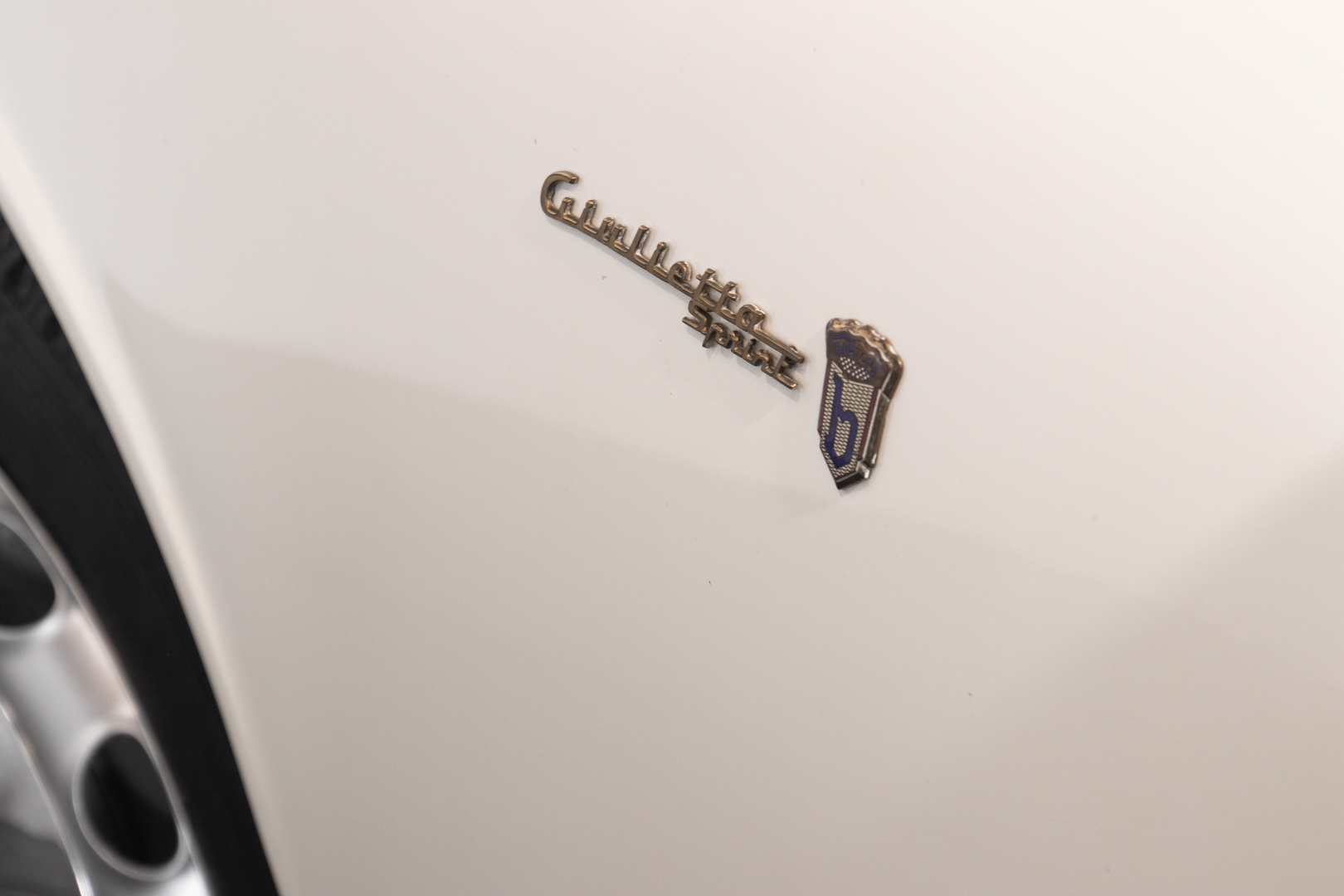 
The History of the Alfa Romeo Giulietta Sprint
The Giulietta Sprint was presented as a pre-series prototype at the Turin Motor Show on March 19, 1954. The models proposed were two, one red and one blue, different from each other in many details, but which even had the opening tailgate, a real news for the time. This solution was then abandoned for mass production, as water infiltrations were feared, due to the low inclination of the rear window area and the precarious seal of the gaskets of the time.
The success of the new model was such that Alfa Romeo immediately had to review its production schedule, which provided for a minimum of 100 and a maximum of 200 units per year. In fact, already at the end of the first day of the show, the orders exceeded 500 cars.
Carrozzeria Bertone had to cope with unforeseen orders from Alfa Romeo, subcontracting the construction of the bodies to the other panelbreaking craftsmen of the Turin area. In 1960 we came to the automated production of molding of the shells, which until then had all been beaten by hand
The construction of the body of the Giulietta Sprint took place in Turin. Subsequently, the bare bodies were sent with the car transporters to Milan, where the engine, mechanical parts and all the interiors were completed.
The Sprint engine, thanks to a higher compression ratio than the sedan and a Twin carburetor, reached 160 km/h thanks to its 65 horsepower.
The Giulietta represented a real revolution in the automotive field, marking the transition to industrial modernity.
The modern and sleek line and the price of 1,900,000 lire contributed to the commercial success of the car, which, although not cheap at all, was however much lower than that of its older sister 1900 Super Sprint coupé Touring, marketed in parallel, which it cost 3,210,000 lire.
The Giulietta Sprint was offered at the time only in four colors: Alfa red, tornado blue, gardenia white and Capri blue.


Our Alfa Romeo Giulietta Sprint
This 1961 Giulietta II Series is in excellent condition and with its original black plates.
In recent times a total conservative restoration of the body has been carried out and therefore no signs of rust are present on the car.
The engine has been completely overhauled and many vital parts replaced or restored to new.
The engine starts without problems and the engine runs full and without loss of power.
The interior including seats, panels, roof and carpet are in perfect condition, thanks to the skilful restoration carried out by the Reggio Emilia specialist Medici.
The delicate white texture of the door and seat panels stands out perfectly against the blue leather of the upholstery and carpet, enhancing the chromatic contrast.
The Veglia instrumentation is intact, fully functional and covered in black leather. The patina of time that oozes from the instruments and knobs, contributes to increasing the charm of this timeless car.
Nothing was left out to bring the car back to optimal conditions, the exact same attention to detail was applied to both the mechanical components and the bodywork.
This Alfa Romeo has undergone a careful and scrupulous check by our mechanics and works perfectly in every single part.
Today it is possible to view the car online, by booking a call with one of our commercial operators, via Skype, Zoom, Whatsapp and Google Meet platforms.